To face euro-scepticism by building a new communication strategy for a better understanding of the EU, its values and its benefits

Empowering citizens to participate and fight against misinformations

1 -> A survey among European citizens of the partner countries

The objective of this day was to create a link between young people who are not invested about the EU and professionals who can share “their own vision of Europe” and inform on the issues we can find like fake news, climate change, etc.

3 -> Eurasia net will participate in the Creative lab to create new communication tools to improve communication about the EU and in the final event in Brussels (brussels sur le site mais c’est bruxelles)  to promote the results of our project. 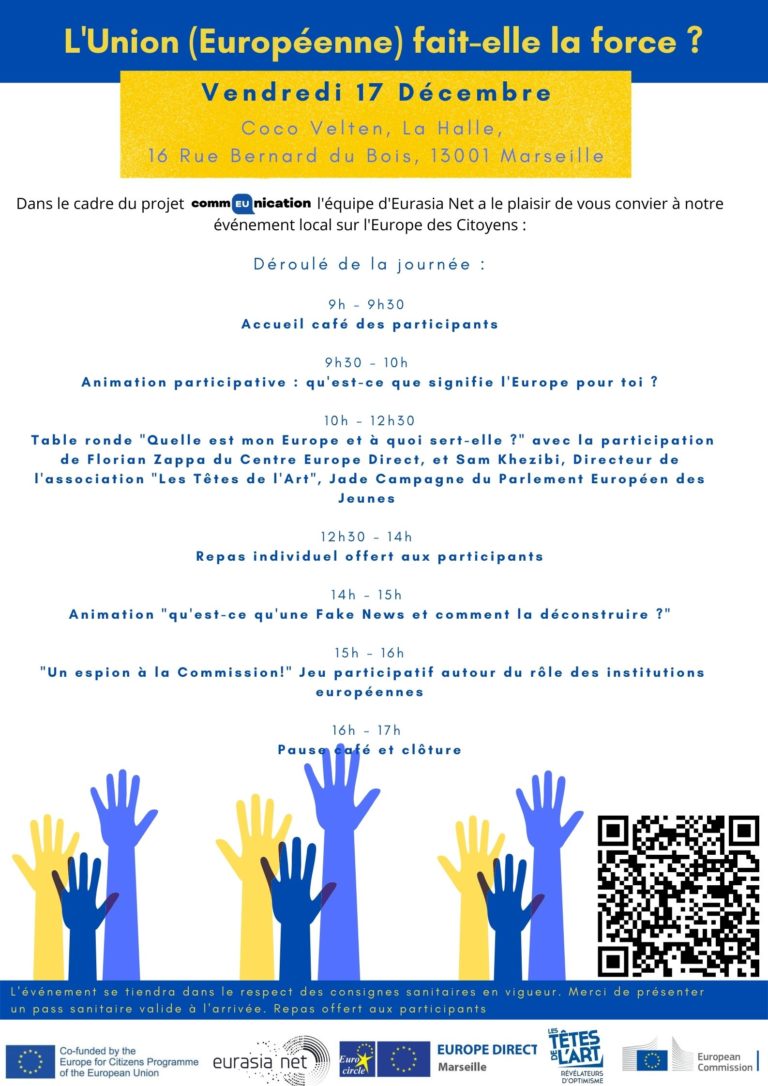 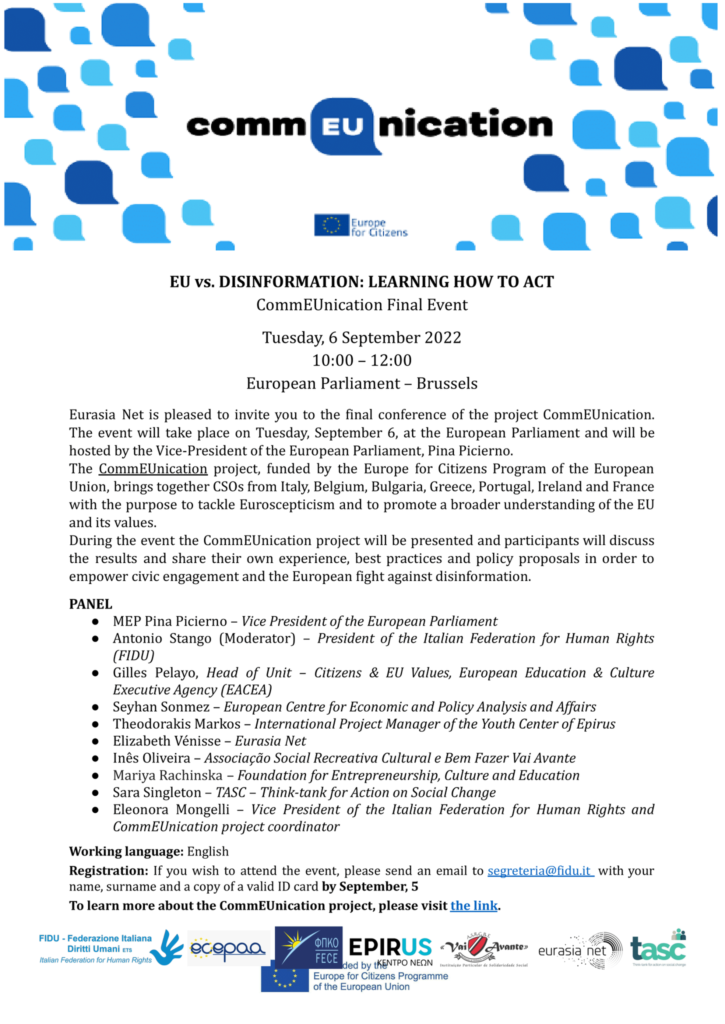 The project concluded in September 2022 with the meeting in Brussels. The results of the project and the tools created in the local workshops were presented by a project officer from each association or member country (Italy, France, Belgium, Greece, Portugal, Bulgaria and Ireland) to the European Parliament of Brussels in the presence of the Vice-President of the European Parliament Pina Picierno.

The dissemination of the communication tools created to foster a better understanding of Europe by its young citizens will continue until the end of the project.